Barcelona Transfer News: Bayern Munich is planning to come with yet another offer to lure away Pedri Gonzalez

Barcelona Transfer News: Bayern Munich is reported to be keeping a close watch on Barcelona midfielder Pedri Gonzalez, with a report from Sport 1, through Fichajes, stating that the German champions would make an effort to recruit the 19-year-old during the next transfer window.

Pedri’s rapid ascent through the ranks of Barcelona’s first team has not gone unnoticed. The Bavarians had contacted the young midfielder before he renewed his contract with the club, and the relationship between the two sides has been strained ever since then.

In response to Bayern’s reported contact, Barcelona has conveyed their disapproval, with the club president Joan Laporta becoming “increasingly annoyed” by the club’s actions, according to an anonymous source. In addition to Pedri, the record German champions have been accused of wanting to snatch Sergino Dest without first informing Barcelona.

Barcelona Transfer News: A Catalan source revealed about the relationship between FC Barcelona and Bayern Munich

A Catalan source is cited as stating, “It is true that Bayern players have exchanged opinions with Barça players without alerting Barça.”

In addition, he said, “I wouldn’t say that the connection between the clubs is particularly poor, but it’s definitely not what it used to be.”

In spite of the falling out, however, Bayern Munich wants to make a bid for Pedri in the summer, despite the fact that his contract, which he signed in October 2021, has a €1 billion release clause, which they are aware of. Bayern Munich is reported to be attempting to take advantage of Barcelona’s bad economic circumstances to lure the 19-year-old out of Spain.

In the two seasons after making his first-team debut in the 2020-21 season, Pedri has gone on to establish himself as a regular in the first unit. The 19-year-old made 53 appearances for the club last season, which was the highest of any player at the club at the time. He also represented Spain in the UEFA Euro 2020 qualifying tournament.

As things stand, the teenage midfielder is now nursing an injury that he sustained during Barcelona’s 3-2 loss to Athletic Club in the Copa del Rey, but Xavi has promised that there is no need to be very concerned about the situation.

It is quite doubtful that Barcelona would entertain any form of offer, much alone one from the German champions, with regards to a transfer to Bayern Munich.

Barcelona’s injury woes continued on Thursday as they were defeated by Athletic Bilbao in the Copa del Rey final at the San Mames. Ansu Fati and Pedri were forced to leave the game with injuries.

Only appearing in the second half, Fati was taken off in extra time and seemed to be in a state of disarray as he walked straight down the tunnel to his waiting teammates.

The attacker was quickly followed by Pedri, who indicated that he was unable to complete the game. As Pedri left the field before the final whistle, it seemed to be a muscular issue once again.

At the start of extra time, Pedri equalised with his first goal of the season to send the game into extra time after goals from Iker Munian and Inigo Martinez had placed Athletic 2-1 up. 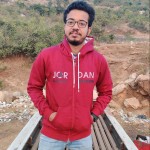 A Die Hard FC Barcelona Fan and Journalist. Owner of the Barcaadmirers platform on Instagram,Facebook,Twitter,Youtube and Website

Rohit Sarkar
A Die Hard FC Barcelona Fan and Journalist. Owner of the Barcaadmirers platform on Instagram,Facebook,Twitter,Youtube and Website
https://barcaadmirers.com

Barcelona are now on the search for a new striker ahead of the January transfer window, to bolster the loopholes in their attack [ Barcelona Transfer News ] Barcelona have been obliged to scout the market for a new striker as they enter the mid-season trade period due to the terrible scenario with Sergio Aguero, […]

Barcelona Have To Get Raheem Sterling At This Fee

Barcelona Has Shortlisted 3 Forwards That They May Sign In January

Barcelona Transfer News: Xavi Hernandez could make up to three signings during the winter transfer window Barcelona is looking to bounce back with Xavi Hernandez. They currently stand the ninth position in La Liga. Ronald Koeman’s tenure saw new lows at Barcelona. Lack of options on the bench has seen Barcelona lose to weak opponents. […]

A Source Of Information For All The Culers All Over The World. Contact Us Through Our Email Address